Zeki Dinlenmis was born in Ankara in 1951. After having completed his pre-college education in Ankara, he came to Istanbul to study in Istanbul State Academy of Fine Arts, Department of Painting in the ateliers of Bedri Rahmi Eyuboglu, Neset Gunal, and Fethi Kayaalp between the years 1973-1979. He contributed to “AÇOK” Children’s Theater, which was established with the initiatives of Muhsin Ertugrul and Haldun Taner in 1973, with posters, original puppets and his baglama. He participated in various group exhibitions. Zeki Dinlenmis worked as a graphic designer and illustrator in Cenajans for two years. He then founded Detay Graphic in 1983 and worked there in the fields of graphic design and illustration for more then 23 years. He has been living in Bozcaada (Tenedos) for the last fifteen years. He occupies himself with painting, viticulture and local seed production.

BEYBI’S HOUSE FROM THE VINEYARDS 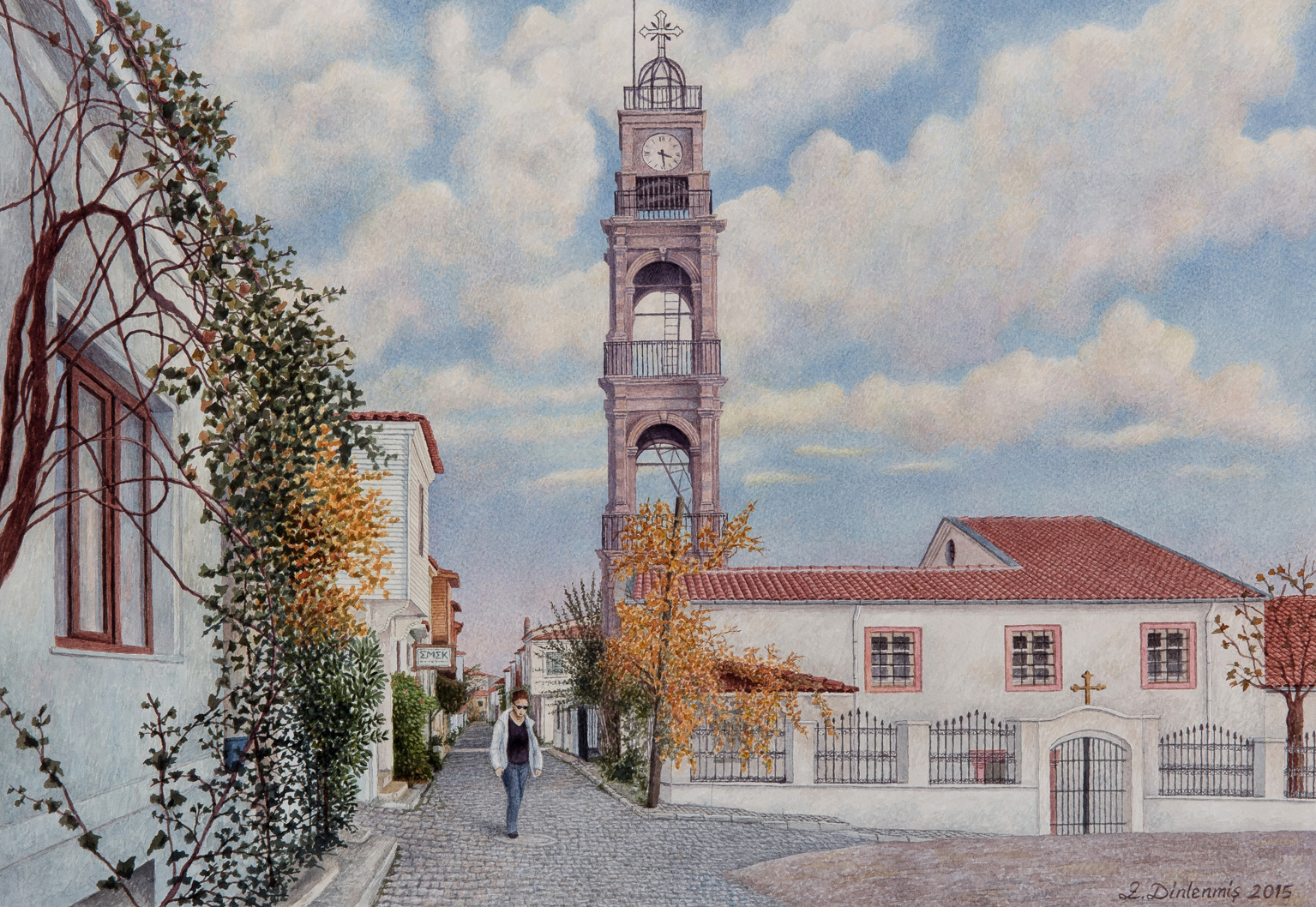