He was born in İstanbul in 1972. He graduated from Galatasaray High School in 1992 and İstanbul University Faculty of Law in 1998. After he completed his graduate studies in Advanced Human Rights at Madrid Carlos III University, he began working in Bilgi University Faculty of Law. He had his articles and interviews published in periodicals such as Arada Gazete Pazar, Adam Sanat, Sözcükler, Roll, Post Express, 1+1, Milliyet Sanat. He published a story book named “Güle Güle ki Tarif Edemem” in 2009. He has been the lecturer of “Cinema and Human Rights” course in Bilgi University’s Human Rights Graduate Program. He is currently working as the manager of Kadıköy Municipality Cultural Affairs department. 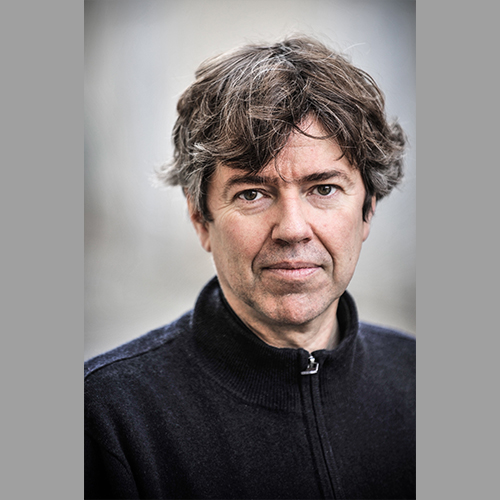 Andres Veiel is considered one of the most distinguished protagonists of politically engaged art in Germany. One of his distinct characteristics is the intense and in some cases multiannual research for his projects. From 1985 until 1989 Andres Veiel studied psychology at FU Berlin and at the same time received a training in film dramaturgy and directing by the Polish director Krzysztof Kieslowski at Künstlerhaus Bethanien, Berlin. For his films A Winter Nights’ Dream (1991), Balagan (1993), The Survivors (1996), Black Box BRD (2001), Addicted to Acting (2004), The Kick (2006), If Not Us, Who? (2011) and Beuys (2017) he received numerous awards including a European Film Award and several German Film Awards. With his futuristic court room drama Ecocide (2020) he sparked a discussion about Germany’s responsibility for climate change. Andres Veiel was awarded the Konrad-Wolf-Award in 2005, the DEFA Award for the Advancement of German Film Art in 2006 and the Federal Cross of Merit First Class in 2017. He is a member of the German Film Academy and the European Film Academy. 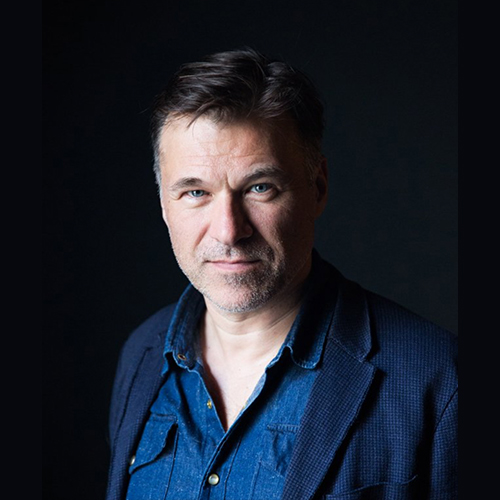 Daniel Lambo stands at the junction of fiction and documentary film. After studying literature and scriptwriting, Daniel started writing for theater, TV and cinema. He wrote and developed television drama. As a director, Daniel embraces social themes. He worked as director, writer and producer on over 20 fiction and documentary films. Some of his films had a wide theatrical release in Belgium and were broadcasted. 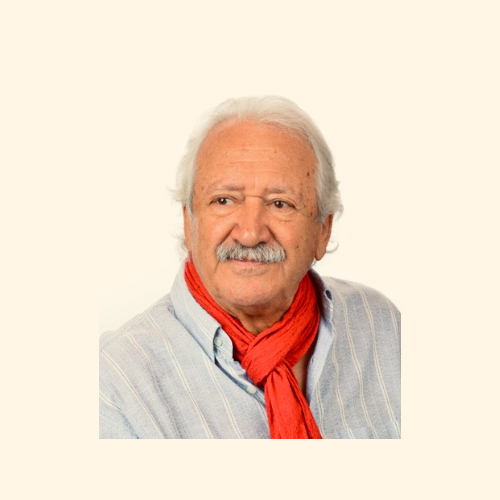 He graduated from the Faculty of Central Asian Archeology at Ankara D.T.C in 1965, worked as a presenter and producer at Ankara Radio between 1964 and 67, and as a presenter on Ankara television between 67-76. Between 1975 and 1980, he worked as a writer, script writer, actor and director in commercials in various advertising agencies in Istanbul. Between 1980 and 2000, while he was in Munich, Germany, he worked as a playwriter, actor and director in theater, actor in various German films and TV series, scriptwriter, production manager and assistant director in the TV series “Korkmazlar Ailesi”, scriptwriter, actor and assistant director in the youth movie “Bahar und/ve Gazelle” , producer and director of the documentary ‘Taste of Memories’, about the life of Anatolian-origin Greek writer Dido Sotiriyu, and he has been acting in various Turkish cinema films and TV series since 2000. He currently resides in Bodrum.

After graduating from Computer Engineering BA programme at Dokuz Eylül University, Faculty of Engineering; Eylem Şen has studied at Dokuz Eylül University, Film Design Department. Her thesis was published under the title “The Aesthetics of Anti-Fascism”. Some of the documentaries and films she directed are Solidarity Beyond the Longest Border, Living in Truth, Sleep Of The Oranges, Bird, Metropolis, Cornea Duo. Her documentaries have been screened at many film festivals both national and international, and some of them were awarded. 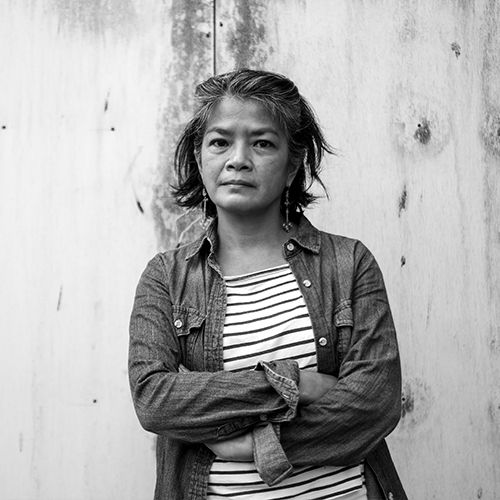 Born in the Philippines, Joanna has led a bohemian life living in different cities including Boston, London, Paris, Bangkok, Singapore and Manila, pursuing stints in international relations, environment and finance. Joanna started filmmaking in Beijing to pursue her love of storytelling and film. Joanna premiered her first feature documentary, Neo- Lounge, in 2007 recounting intimate stories of foreigners in Beijing searching to break from their past. It won four awards, including two Best Documentary awards. Her second film, ”The Old Fool Who Moved the Mountains” also won two awards including Best Documentary. Her third film, ”Sunday School from Zambia”, was commissioned by the International Film Festival Rotterdam for their Forget Africa series. Her latest short ”To Calm the Pig Inside” has won nine awards including the Grand Jury Prize at the Slamdance Film Festival. It has also won the third place prize in International Competition category here at BIFED 2021. It was one of the ten nominees for the 2021 International Documentary Association Awards for Best Short. 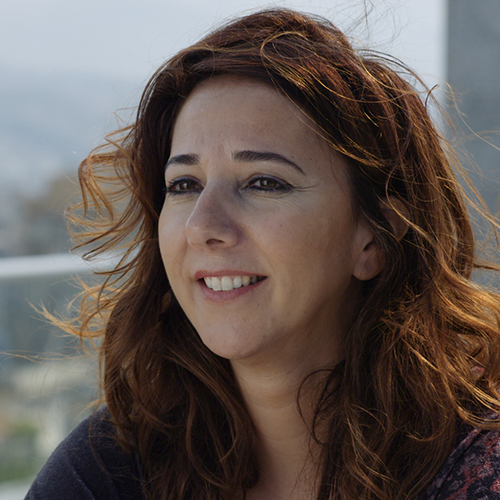 She was born in 1979 in Istanbul. She had her Bachelor degree in Architecture in 2002, PhD degree in 2013. She held the Assist.Prof.Dr. title in 2014 at Mimar Sinan Fine Arts University, and currently is an academic member of Department of Architecture, Building Design Theory and Methodology Division, Environmental Analysis and Control Subdivision of the same university. Her core subjects are semantics of place, environmental justice, discriminatory/inclusive discourse analysis in spatial studies. She served as a jury member for the Istanbul International Architecture and Urban Film Festival in 2021 and 2022. 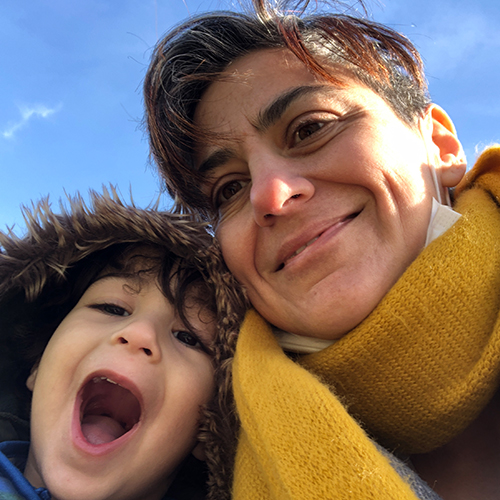 Since 2004, Sibel Yardımcı is a professor in Sociology at Mimar Sinan University of Fine Arts, Istanbul. She completed her PhD in Lancaster University, UK, Dep. of Sociology, with a dissertation titled “Meeting in Istanbul: Cultural Globalisation and Art Festivals”. For her dissertation, she has worked on the aestheticization of everyday life, urban transformation and governance, and cultural and symbolic capital. Her various publications are articles, books, and book chapters reflecting various aspects of her recent research interests, including the city, (urban) citizenship, nationality/nationalism, biopolitics, queer studies, disability and debates on post-humanism.