The Fethi Kayaalp Grand Award goes to a documentary with a strong cinematographic style. 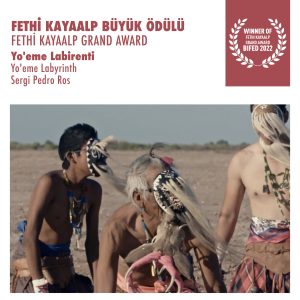 The film takes the viewer to a surreal, spiritual scenery, mixing visceral tribal rituals with images
of modern-day violence and destruction. In a literal and metaphorical sense, their access to life
is dried out. The director built up trust with the Yaqui people, and shows them in an empathetic
and respectful way, and even jeopardizes his own life in unfolding this story. Even after the loss
of their main artery of life, the water of their local river, the film focuses on the tribe’s relentless
resistance. 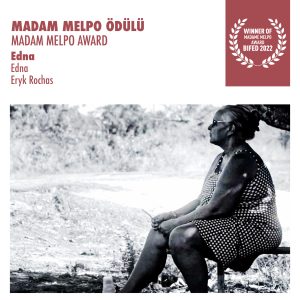 Through stark poetic images and intertwining of Edna’s reflections on her personal life and
community, Director Eryk Rocha has transported us into a lyrical portrayal of Edna’s harsh world
she has grown up in. Her life feels to be a timeless, continuous, endless struggle, to live a
dignified life. And in focusing on Edna’s haunting memories and own words, the film powerfully
sheds light on the tragic fate of a people in the Brazilian Amazon slowly being stripped of their
lands and identity over generations.

Marc Wiese, who deals with the plundering of Ecuador’s natural resources and the struggle of 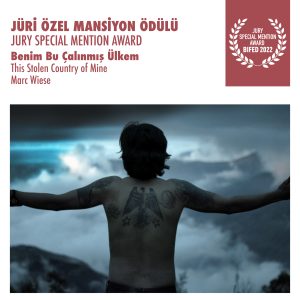 the indigenous people against it give a hopeful and challenging message to the world with his life risk-taking camera shots, impressive cinematography, and the inclusion of lyrical moments.
We see many countries in the world, including Turkey, are faced with similar destruction by
international corporations and local authorities. We need more brave films of brave people
struggling to protect their mountains, rivers and communities. The jury wanted to give a special
mention to this film that carries the spirit of hope, struggle and justice, in line with the festival’s
slogan of ‘Defend the Defenders’ and ‘Green Justice’. 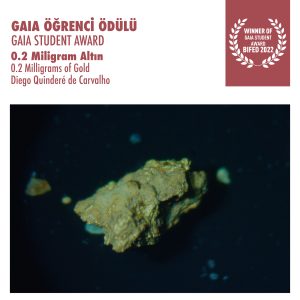 The documentary encourages us to think the relations among capitalism, colonialism,
Eurocentrism and antropocentrism across different histories, geographies and scales.
Reaching out from the Amazons to the Ardennes, to the space and eventually to the 0.2
miligrams of gold in the human body, the film traces the multiple ways forests are amenaged
and natural resources commodified. Juxtaposing the dreams of the Belgian gold miner to the
colonial urge to discover Eldorado, the film rethinks about macro socio-political issues,
together with but not reducing them to ordinary people’s passions and greeds.
0.2 Miligrams of Gold is worth attention for its cinematic language, editing and voice overs:
The sounds of the wind, playing kids and ringing bells that accompany the photographs of a
village that will be destroyed by an hydroelectric plant reminds us of the life that was once
lived, the far away images of the Amazon forests that seem impenetrable to the director and
the rustling of the Ardennes forests that he filmed while walking open up to two different
forest worlds. 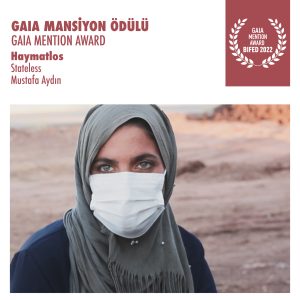 refugees in his hometown the jury has mentioned Mustafa Aydın’s documentary “Stateless”. The documentary questions the prejudices towards the people seeking hope to survive whose
homeland has become inhabitable not only with the war but also related environmental
injustices.