The islanders know Melpomene Papadopoulos by the name “Madame Melpo.” Like many of those from Bozcaada, her story is little known outside of the island. Her story like every other story about Bozcaada, is interesting. This story is the story of a century of Bozcaada, Istanbul, maybe even Turkey; as well as the story of a respected woman’s survival, who has matured through hardships. Different people appear on the scene with her, her setting changes frequently and her plot takes surprising turns, but there is one element that does not change; what’s on the mind of the storyteller is always Bozcaada. 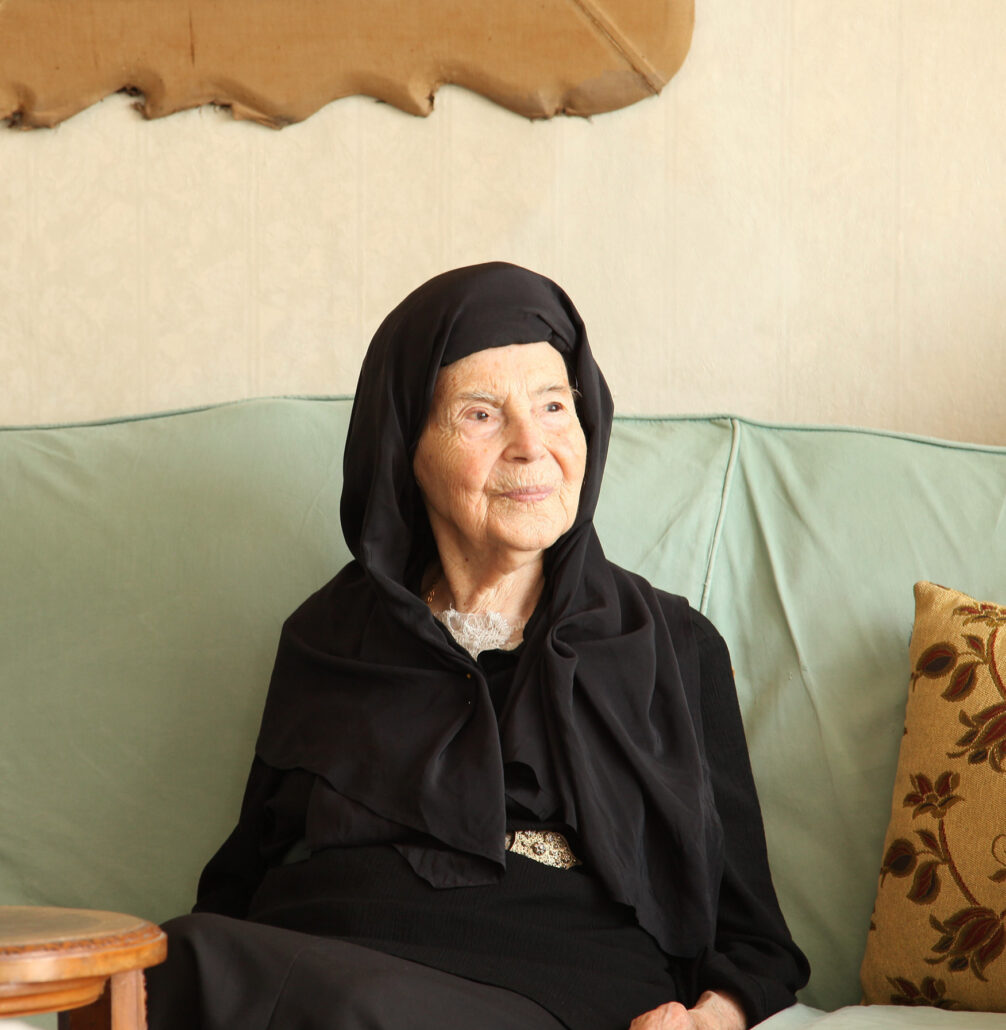 Melpo was born in Bozcaada in 1908. Her father was Dr. Anastas Papadopoulos from the family of Hacı Costa from Çanakkale. Marrying Penelope, the daughter of Captain Panayot, one of the island’s famous sailors’, Dr. Papadopoulos was the respected physician of the island; while he was there, the islanders did not put much trust in the city doctor who came from the opposite shore. Having studied medicine in Europe, Dr. Papadopoulos was bourgeois. In fact, it would not be wrong to say that he was one of the people who created the creme de la creme of this small Aegean island. He was interested in literature and required his children to finish one book a week. Besides his fondness for painting and art, he also liked to take photographs. The island’s first private camera probably belonged to him. One of the early islanders, Fethi Kayaalp, whose father was a close friend of Dr. Papadopoulos; recalls that after Melpo got married, she came to visit them in their vineyard house with her husband and father to drink tea, eat cake and have long conversations. During this visit, Kayaalp saw his first camera in the hands of the doctor. However, Dr. Papadopoulos’ foremost curiosity was his fondness for music; He played the violin, guitar, and mandolin while his wife Penelope played the piano. The love of music has also spread to the couple’s children – Melpo started playing the violin and mandolin as a child. She is very skillful at playing the violin, although she does not admit it out of modesty. She is so skillful that Melpo was the one to teach the National Anthem to the children of Istiklal Primary School. 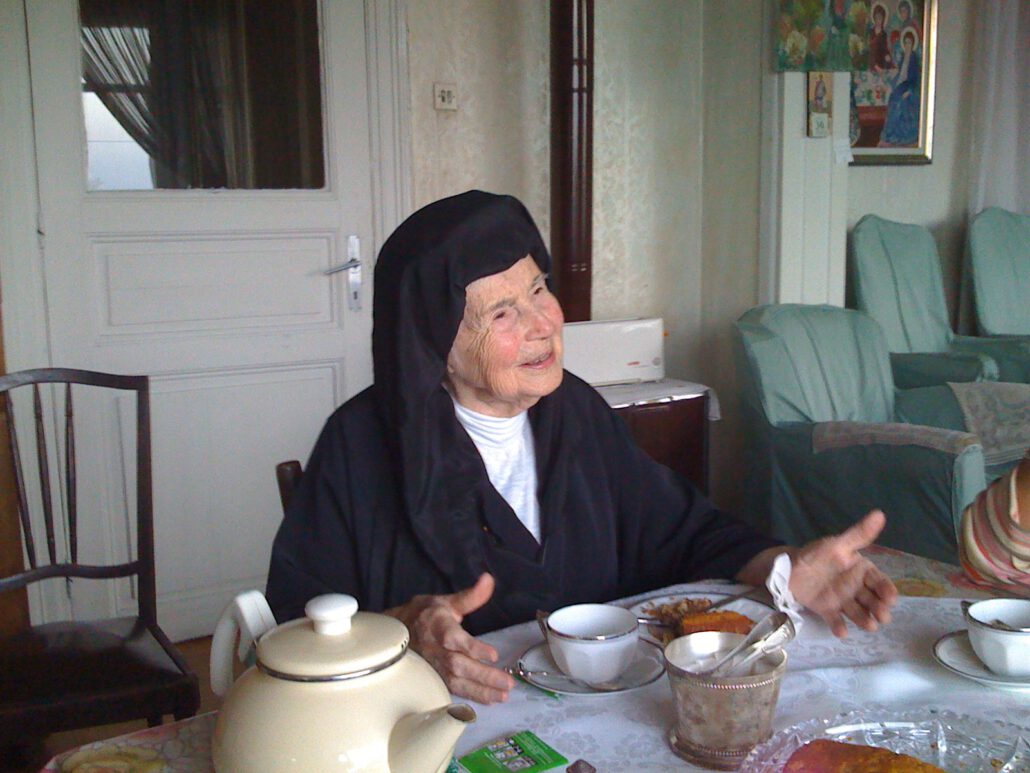 Melpo left the island when she married the merchant Murad Muradoğlu from Kayseri. But she could not get used to Istanbul and probably did not like it very much. Just like people who have had a mystical experience, her body was in Istanbul, but her soul was always on the island. This was not a mystical experience, but the reality of her life. Throughout her life, she always missed the island, remembered it with longing, always remembers, never forgets. In interviews she gave later in her life, the most vital period she remembered from her long life with bright eyes is that of her childhood and youth on Bozcaada. The bright memories of this early period were so strong in her memory that she divided her life into two periods, the one on the island and the one after leaving. Is there any need to say that she referred to the first period as the best of her life?

The period after leaving the island was woven with difficulties. The Wealth Tax challenged the family. Murad Muradoğlu, unable to pay the huge tax debt accrued to him, was sent to Aşkale. This event was a disaster that will be remembered even in the years to pass, like a nightmare that lasts for a short time but exhausts the body and mind greatly. Health problems, unexpected losses of dear family members – Madame Melpo bore the burden of these difficult times with help from the spiritual strength she received from God. She became one of the nuns of the Orthodox Church and, when needed, came to the aid of the poor with the help of the spiritual strength bestowed upon her. She spent her last years in her apartment in Beyoğlu. Melpomene Papadopoulos, also known as Sister Alexia, lived to be over one hundred years old and when she passed away, she was one of the oldest of the Bozcaada residents. 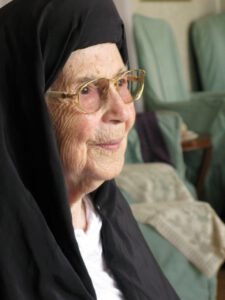 BIFED has decided to present one of the awards given his year, the Second Prize, in the name of Madame Melpo. The reason for this is simple: the Greek community of Bozcaada, of which Melpomene Papadopoulos is a part, was once an essential element of this island; however, they declined dramatically after the 1920s and eventually left the island almost entirely. Their past and stories are used as a pleasant condiment by those who market Bozcaada as a commercial commodity today. Yet they were real people of flesh and blood; they were people who breathed, with fears and anger as well as dreams and hopes. They were among the people who made Bozcaada. By commemorating them through Madame Melpo, one of the oldest islanders, BIFED also aims to remind us that we need to re-understand the ethical value of living together. In addition, the fact that the Papadopoulos had the first private camera on the island makes the family both historically and emotionally valuable for a film festival like BIFED, since these devices that detect the instant view of the image are the ancestors of the cinema camera. The photos taken by the Papadopoulos’ camera almost a century ago may not have survived, but their memories are whirling around the island and their stories will always continue to be told. BIFED believes in the value of commemorating their memory through this way.

1 – Perhaps it would be more correct to say “it was known, but now it is known outside the island”; because, thanks to Deniz Pak’s two-part talk in the program “Deniz Aşırı” on Açık Radyo for years, those who are not islanders know her too now. The program attended by Madame Melpo was the 250th program of “Deniz Aşırı” and is still among the most listened broadcasts of Açık Radyo ever.

2 – Although the Wealth Tax, which was prepared during the Prime Minister Şükrü Saracoğlu period, was considered as an extraordinary practice specific to the war period, it aimed to ensure the transfer of non-Muslim capital to the Turks. Taxpayers classified as M (Muslim), G (Greek, Armenian, Jewish), and D (Convert) were expected to pay the extraordinarily high taxes accrued in a short time (15 days) in particular, those who fell into the G category.  Those who were unable to pay were sent to Erzurum-Aşkale for ‘compulsory work’. In this process, great material wealth (including a large amount of real estate) changed hands and the capital was Turkified. For the book that describes this disaster in detail years later which was written by Faik Ökte, who was the Treasurer of Istanbul at the time the tax was levied and therefore took part preparing the said disaster, see. Faik ÖKTE, Varlık Vergisi Faciası, Nebioğlu Publications, 1951, Istanbul.