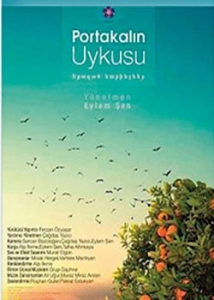 SLEEP OF THE ORANGES

Sleep of the Oranges

Synopsis: According to the Deportation Law in 1914, Musadag Armenians were first to be exiled to Aleppo, and then to their actual place of exile. However, things did not go as planned. An unexpected resistance emerged when people took the hills in Musadag so as to save themselves from the results of deportation. And the people who created this resistance, and their children, and the children of their children have told this dignified struggle from generation to generation. Hasmig Martiryan is a young woman who grew up with the memories and dreams of this resistance… She set out on a journey toward her history, roots, identity, and her home by tracing all these narratives and the smell of the orange mixed with her upbringing.

Biography: Eylem Şen graduated from Dokuz Eylul University, Film Design Department; she continues her graduate studies in the same department. She also holds a Bachelor degree in Computer Engineering at Ege University. She has been working in the field of documentary filmmaking for the last five years. Her works focus on people’s relations, conflicts and contradictions within the frame of solidarity, struggle, pressure, and liberty. Her documentary “Metropolis” (2013) revolves around Security Policies and Police violence and has been accepted to many festivals. “Asfur” tells the story of Syrian refugees and has been screened in national & international festivals and on various film days.

THE TREE OF ETERNITY: THE YIRCA RESISTANCE Scroll to top