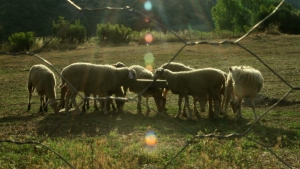 Synopsis: The first episode of “Bi’Çiftlik” series was filmed in Bayramiç, the open-air permaculture university of Turkey. We were the guests of a farmer, a former city resident, who does agriculture in accordance with permaculture philosophy in the village of Cazgirler, Bayramiç. Bahadır Yasa spent most of his life as a hotel manager at home and abroad. He used to stay at his farm, named Agrida, with a Porteguese permaculture student. Besides, two young Germans were also temporary guests to his farm. In the first episode of “Bi’Çiftlik”, we have tried to document the life in a permaculture farm, which functions on a voluntary basis.