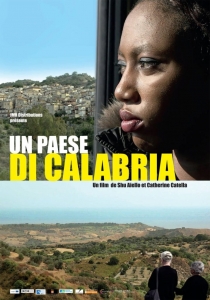 A VILLAGE IN CALABRIA

A Village in Calabria

Synopsis: Rosa Maria left the village on a summer day of 1931 to escape poverty. Ever since, people of Riace have watched the houses being covered with ivy and lands getting poorer. They scan the sea from their hills and continue to cherish their two Saints Cosma and Damiano who came from the Orient. One day Bairam docked on the beach in Riace along with two hundred other Kurdish. He decided to settle there. Today the people of Riace are called Roberto, Ousmane, Emilia, Mohamed, Leonardo, Taira. They don’t have much but they invent their common destiny on a daily basis.

Shu Aiello : After a literary education and audio-visual coursework, Shu became involved with 13 Productions, a company created to use documentary films to express a free and militant vision of society. In her documentaries, she explores means of resistance used against conventional thinking.

Catherine Catella : With a double culture (French and Italian), she has been dedicating herself to questions that are related to exile for a long time. Editor of many TV documentaries, she also directed many of them.