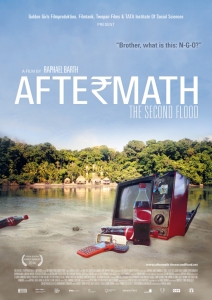 Synopsis: “Aftermath” is the story of young people from an ancient tribe who are driven into a new world by the Tsunami of 2004 from one day to the other. Overwhelmed by history´s biggest wave of aid and development soon after, they are now searching with pride and humour for their own, self-determined life in a globalized world.

Director: Barth was born in 1971 in Germany. He has an extensive TV documentary experience and is the director of numerous short films, commercials and visual-art installations. He is also the developer of INDIECAM digital film camera, field recorder and film scanner. He is the technical director and curator for film selection of European Docuzone. He is also an editor and a colour-grading artist.