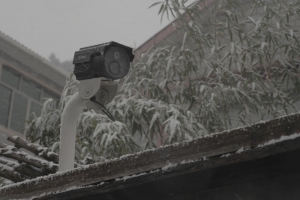 The first screening in Turkey

Synopsis:
Yan’s mother did not take her daughter’s advice and kept reporting the pollution issues caused by a paper-making factory in the village, even after suffering the revenge. Yan worried a lot about her mother and that the whole family would be torn to pieces. It was early spring in 2014, Yan’s mother started her petitioning around again. The train runs at the chilly night, it’s a long way as if there is no end.

Director Biography:
Huaqing Jin’s works include ‘Living with Shame’, “Heavy Mental’, ‘Blossom with Tears’, ‘Lament of Yumen’ and received 30 rewards in international film festivals.
He served as the jury of the 3rd Milan International Documentary Festival, the jury of the final student competition in the 8th Russian Anthropological Film Festival.
In 2010, he established Video training Camp in Lanzhou University and Zhejiang University of Media and Communications.

GROUP OF FATHERS Scroll to top