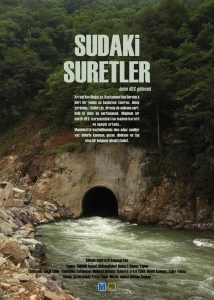 FIGURES IN THE WATER

2015-Competition, The Costs of Energy

Synopsis: From Artvin to Muğla and from Kastamonu to Dersim, far and wide, the headwater areas are all attacked…
Both the attack and the resistance are thoroughly severe and it is obvious that they will get even more severe. Hydroelectric power plant is a vague voice; however, the ones who are against it are stubbornly decisive and stand in the wide-open.
There are many unnamed living creatures in the country that have not been discovered yet; the aim of the documentary is to talk to them, travel with them, listen to them and throw a stone.

Director: He was born in Azdavay, Kastamonu in 1975. In 1993, he graduated from Ankara Anatolian High School- Department of French in Public Boarding School. In 2001, he completed his undergraduate studies in the Department of Civil Engineering at METU.

THE MESSENGER Scroll to top