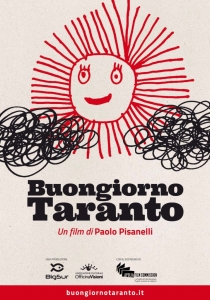 Synopsis: “Good Morning Taranto” is a tensional and passionate journey through an area surrounded by clouds of smog. An intoxicated city at an unsustainable level. Air, land and water are all poisoned by the blasting furnaces of Ilva where coal is burned to produce steel. Ilva is the largest steel plant in Europe and was built right next to Taranto’s suburbs nearly fifty years ago. Its inhabitants’ anger and dreams are accompanied by a nomadic intermittent radio, a digital cine-eye that marks the rhythm of the film and follows the events occurring on the edge of reality.

BRIDGES OF GLASS Scroll to top