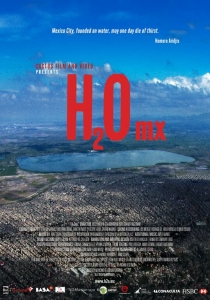 Synopsis: Can a mega-city mobilize its 22 million citizens to become water sustainable? Mexico City was built not near water but in the middle of a lake. To supply it with fresh water is such a task that it makes it compulsory to bring it from other states. In addition, once sewage water leaves the city, it ends up in agriculture. This film is an environmental case study of the Valley of Mexico as it struggles to save itself while its population grows.

Yönetmen: José Cohen is the founder and executive producer of Cactus Film & Video, the Mexico City-based production house that recently launched H2Omx. José started in the news business over 20 years ago and his experience as a journalist for international media in Latin America and the Caribbean quickly drew him into the world of documentary production. Over the years José has worked on a variety of long format productions for major international channels, including ABC, BBC, CBC, HBO, PBS, Al Jazeera, Discovery Channel, National Geographic and History Channel. His recent television documentary productions include: “Tropic of Cancer” presented by Simon Reeve (BBC); “The War on Drugs” (BBC); and “May 5: A day of Glory” (Discovery Channel). José has also been the executive producer for several independent documentaries.This year José and the Cactus team are proud to present H2Omx: a film about the challenge of maintaining Mexico City’s water supply into the future.