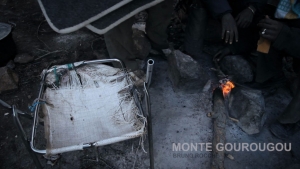 Synopsis: A triple wire fence, motion sensors and cameras protect the city of Melilla, a Spanish enclave on the coast of Morocco, against illegal immigration. Hundreds of Sub-Saharan African migrants are living in terrible conditions in the nearby Gourougou Mountain as they wait to attempt an illegal crossing into the enclave.

Director: Bruno Rocchi was born in Bergamo in 1983. After graduating in Cinema he attended a videoreporter school in Milan.
Between 2010 and 2014 he travelled many times to Morocco with the idea of making a documentary.