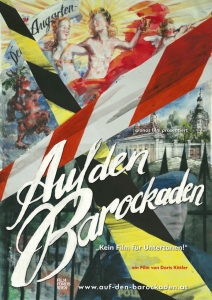 Synopsis: “In the Baroque iyor brings us to a green, baroque neighborhood of Vienna: this is a scene for people who go between joyful actionism and daily protest wars that try to protect the neighborhood from destruction. We follow an exemplary story about creative citizen protests.

In Vienna, a normally carefree city, there is an angry conflict that has been going on for years. For the Vienna Men’s Choir, a special concert hall is built in a protected area: the baroque park “Augarten dünya, a world heritage site. But people defend themselves with extraordinary resistance. Protests combine pleasant activism with the tough life of citizen resistance. When we think of the current state of mind of the world, we can say that this can be a template for future creative protests.

Director: He was born in 1969 in Vienna.
1990s: Studied Stage and Costume Design at Mozarteum University. He concentrated on portraits of people and towns, dealing with photography and room installations.
2000s: Tomsk stayed in Siberia for two years. There he developed his first documentary film. Since then he has lived in Vienna and works as a director, cameraman, editor and producer.
Filmography:
2004 Light Winters 83 ’
2006 Gemma Gürtelkäfig
2010 1 + 1 = 100 or The School of Life 73 ’
2014 On the Baroquades