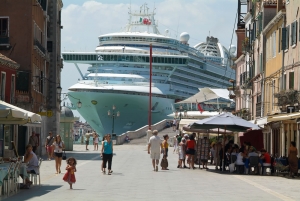 Synopsis:
Venice lives under the enormous pressure of mass tourism – and lives from it. The city has ceased to exist as an urban structure, has been deserted by its inhabitants and is descending into physical, social and moral decay. The film is a portrait of a magnificent city. But the truth is the original urban life of Venice long-since collapsed and no longer exists.

Director Biography
Born 1967 in Alto Adige; a borderline Italian, has studied philosophy and culture studies in Bologna and in Berlin and is now continuously working in Germany, Italy and Austria as director and author of documentaries. His films have been shown at many international festivals and European TV stations.

ROOMS WITHOUT A VIEW Scroll to top