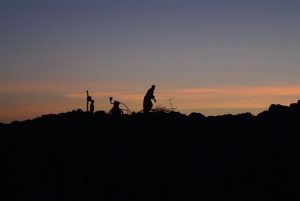 Synopsis:
Abu Haraz is a small village in the middle of the desert in North Sudan. The construction of a huge dam on the Nile has interfered with the age-old, natural rhythm of the lives of its residents. The filmmakers have spent several years with them, observing their vain attempts to turn back fate.

Director:
Maciej J. Drygas – born on 3 April 1956 in Lodz, Poland. Film and radio director, screenwriter, professor and lecturer at the Polish National Film School in Lodz. After having graduated in 1981 from the Film Directing Dept. of the Cinema Institute in Moscow (VGIK), he worked as an assistant director for Krzysztof Zanussi and Krzysztof Kieslowski. He has won awards at numerous international festivals, including: the Prix Italia in 1992 for the radio documentary ‘My Last Will’, a Felix in 1991 for the best documentary film in Europe for ‘Hear My Cry’, a Grand Prix in 1995 at the Monte Carlo International Television Festival for the documentary film ‘State Of Weightlessness’. Maciej J. Drygas’s films and radio documentaries have been broadcasted by television and radio stations in Europe, Canada, Brazil and Australia.