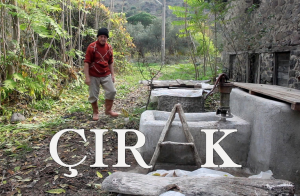 Synopsis: Each and every step of lithography, which is on the verge of vanishing, is told through the eyes of an apprentice named Enes and narrated to the audience in a different stylistic manner. This documentary aims not to comply with the usual documentary conventions; hence, techniques such as interviews have not been deployed. The idea is to let the documentary talk about itself rather than having someone to talk about it. Thus, the issue has been handled very subtly and in a detailed manner.

THIS LAND IS OUR LAND